Sometimes when there’s smoke, there’s fire, and that was definitely the case with last week’s rumor that Oracle was in talks to acquire Cerner in one of the largest healthcare M&A moves of the year.

Database and cloud infrastructure provider Oracle is acquiring Cerner for $28.3B in a transaction expected to close in early 2022. Upon closing, Cerner will be organized as its own dedicated business unit, serving as Oracle’s “anchor asset” to expand deeper into the healthcare sector.

What does Oracle gain from the merger?

What does Cerner gain from the merger?

Cerner was valued at close to $23B heading into the merger (vs. Oracle’s $280B valuation), and it will be looking to pursue ways to use its newfound scale to help it move past the EHR business that’s been slowly losing ground to competitors like Epic.

If this strategy sounds familiar, it’s right from Microsoft’s playbook, with the tech giant acquiring Nuance for nearly $20B to add more clinical speech recognition tools while gaining a foothold in healthcare.

Cerner has been in the process of shifting its focus beyond its core EHR business, under the helm of David Feinberg, who left Google to become the company’s chief executive in October.

Feinberg has stated that improving usability and data analytics would be a critical component of Cerner’s strategy going forward, and the combination of Oracle’s Voice Digital Assistant and cloud computing capabilities could go a long way toward making this strategy a reality.

The Takeaway
While there have been several studies on the effectiveness of remote patient monitoring for COVID-19, few have assessed the patient experience. Although this study is limited by its small sample size and selection bias, the high levels of engagement and patient satisfaction suggest that pulse oximeters could be a simple intervention for COVID-19 monitoring if implemented on a larger scale. Improving outcomes through individualized care is a top priority for any patient engagement company, and the Insignia Health acquisition gives Phreesia the license to the “gold-standard” of patient activation measures.

Owning PAM could generate additional revenue for Phreesia through licensing, but might also lead to Phreesia cutting back on the number of competitors that have access to PAM in order to strengthen its competitive positioning. Direct healthcare provider Nomi Health recently closed a $110M Series A round to help advance the company’s mission of addressing care gaps, a huge sum for a company that got its start in 2019.

Nomi’s Series A makes it the 63rd company to raise over $100M this year, although the size of the round is more in line with a Series C for a company further along in its life cycle.

The funding total not only reflects the boiling hot state of broader digital health investment, but also the size of the market that Nomi has set its sights on.

Expect some acquisition news from Nomi in the near term – $110M is a large war chest, and when they’re done picking up vans, they’ll likely add some competitors to their Christmas list. 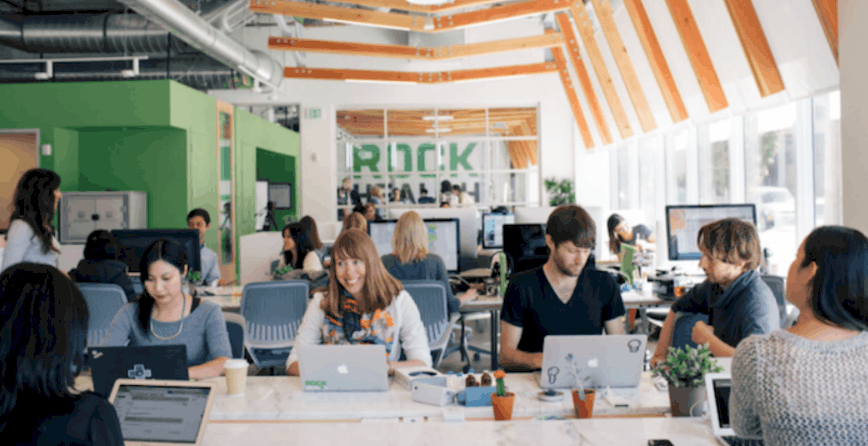 While we publish new telehealth trends virtually every week, Rock Health consistently adds more color to these stories with its deep dives into funding and consumer preferences. Its latest research in collaboration with the Stanford Center of Digital Health is no exception.

The survey suggests that telemedicine is beginning to focus on personalized treatments that address the nuanced needs of individuals, serving as a tool for care rather than a business model. Rock Health holds an optimistic view about the future of telemedicine, and with more scalable and equitable solutions hitting the market every day, that’s a safe stance to take. Online mental healthcare provider Cerebral announced the close of its $300M Series C round, raising the company’s valuation to $4.8B within two years of its launch.

In-person mental health facilities were heavily impacted by the pandemic, experiencing capacity constraints that frequently led to month-long wait times to see a provider. This created a window for digital providers to address the care gap, with Cerebral reporting that the wait times for its  “instant live” visits are now just over five minutes.

Large amounts of capital continue to be directed towards the mental health space, and more M&A announcements from its well-funded startups are likely to follow as companies like Cerebral aggressively compete for contracts with employers. When Hydrogen Health launched in April of this year, it set out to bring new digital health tools to consumers and employers, a goal that is coming into fruition with the announcement of the nationwide rollout of its Virtual Primary Care offering.

The Next Generation of Virtual Primary Care

If a patient requires a referral to specialty care, a board-certified clinician will help navigate them to appropriate providers, creating an easy way for consumers to transverse digital and in-person care.

You’d be hard pressed to find a digital health startup that isn’t talking about removing friction from healthcare, but Hydrogen Health clearly plans to be a leader among those walking the talk.

Companies continue to develop new features for wearables that blur the line between consumer products and medical devices, a trend that Deloitte predicts will be a dominant theme in 2022.

A new report from the consulting firm predicts that more healthcare improvements are on the horizon for wearables, which might increase their effectiveness in the clinical setting as early as next year.

Although Deloitte projects total wearables shipments to climb from 320M units in 2022 to 440 units in 2024, it also notes several headwinds that could slow adoption.

Deloitte does not view these obstacles as insurmountable, and believes that simultaneous advances in sensors, semiconductors, and AI will lead to further innovation. Both big tech and the medical community see a bright future for wearables, and their continued investment could make it “a self-fulfilling prophecy.” Although some physicians might love the time-consuming administrative tasks that help make a successful patient visit, Suki recently raised a $55M Series C round to help develop AI-enabled voice tools for those that don’t.

As of the latest funding, the company has raised a total of $95M to support the development of Suki Assistant, its voice-first digital assistant, and Suki Speech Service, its platform designed to improve the accuracy and experience of voice solutions.

The accuracy of voice recognition has crossed a threshold that allows it to be effective in a growing number of consumer products, as well as in healthcare. These tools can now understand a speaker’s intent regardless of most accents or phrasing, leading to wider adoption within previously difficult use cases.

In a roundabout way, Suki is taking a tech-heavy approach to making technology less visible, removing it from between the doctor and the patient so that more attention can be given to providing clinical care. Taking advantage of voice is a natural way to accomplish this, giving Suki a good shot at reducing burnout by allowing more time for physicians to actually practice medicine. The digital patient experience and online provider reviews continue to see a growing role in both acquiring and retaining patients, according to Press Ganey’s 2021 Consumer Experience Trends in Healthcare.

The report includes key drivers behind current healthcare consumer behaviors based on a survey of over 1,000 adult patients. Several themes emerged from the responses, each highlighting the fact that healthcare consumerism is on the rise, and here to stay.

when choosing a healthcare provider.

The above trends indicate a steady convergence between healthcare and retail behavior. Consumers use similar criteria to book a hotel or dinner reservation as they do to find a doctor, and they’re growing accustomed to using online reviews to share and research the experience.

While the need to have a “digital mindset” is getting to the point of being a healthcare platitude, the Press Ganey report does a great job emphasizing the fact that a digital strategy involves not only the online patient experience, but also the cultivation of a good online reputation.